I have a blogging friend who has a blog post entitled “Just a Dream,” and every time a comment appears and I see that title, I hear that song in my head. So I guess I ought to just post to that effect and let you hear the song. Possibly that will make it go away lol. Check in will follow below:

SO! A dream. I had Propofol when I had my colonoscopy (see my previous blog entry about it, which has a pretty funny video by Damon Wayans and Lou Rawls), and I don’t remember a durn thing. I’ve had I think Versed before but there was a question that it was what made me vomit during my endoscopy (could have been other factors of course).

So, anyway, it’s not the colonoscopy that’s the problem, it’s the durn prep. Everyone tells you that but I still want to say it, lol. So, I had to take a whole bottle of Miralax, which works excellently if you want to feel like you are um, urinating through your, um, bottom. How’s that for as unoffending as possible. 😉 It actually is better than the old “Go-Lytely” they used to make you drink. And “Go-Lytely” is a misnomer, in case you were wondering (shudder).

I also had to be on clear liquids for an extra day this time, because the last time I prepped, it did not, um, work thoroughly. Now why can’t I just come out and say what needs to be said? Because poop and poop jokes are “not done, my dear.” Ok, I’ll go along with that, this time.

ANYway, the only result I’ve received from the doctor regarding the colonoscopy, so far, is that they found a large polyp in my ascending colon.

It’s not uncommon to find polyps, but they remove them during the colonoscopy, as polyps can sometimes become cancerous.. They will biopsy the thing (something they do routinely) and get back to me in 7-10 days.

WELL. After 2 days of clear liquids, I had developed a couple of food cravings. One, an Italian sandwich from Amatos (There is nothing like it, anywhere!)

And another craving I had, you guessed it:

No no, NO to Starbucks! It’s the DUNK, all the way. And with creamer. Because I could have had coffee those two days, up til 11:30 am. But I can’t drink coffee without my creamer. Nuh uh.

SO. Anyway. My good friend and I munch munched, but I could only eat half the sandwich. Still had room for half a 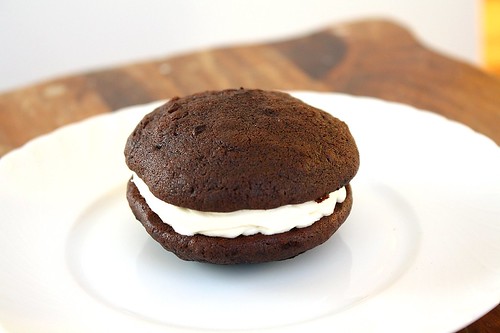 whoopie pie, which I love love love – again from Amatos (they have the 2nd best whoopie pie I can buy around here. Wicked Whoopie is the best).

(Did I ever tell you I have a problem with food? Well, only when I think about it. Otherwise, it’s CHOWWW TIIIIME!)

So anyway. I caught up w/ my friends, the IRL ones, and on the computer, in the evening. I went to bed around 10, read for a while, then zz…

And woke up 4 hours later.

Well, so that is me so far today, did you like it? Let me know. I’m gonna get ready to go to Staples this morning with a friend, and torture myself with all the things I’d like to have. (Staples is almost better than Amatos!).

I’ve had 2 or 3 of them, I can’t remember. Haha, isn’t that funny, because the medication they give you is designed that way. And I’M GRATEFUL. Anyway I am having another one on WEDNESDAY. Yes I am yelling. (I had some symptoms which prompted the first one, and polyps which necessitated my having them more frequently).

The part that is memorable, unfortunately, is the prep. But I’m sure you’ve heard allll about that.

Ok, one more colonoscopy joke and I’ll get serious.

So I think maybe we ought to take it seriously.

The prep I referred to above consists of a clear liquid diet and a very thorough laxative. Let’s just say it’s cheaper than those fancy colonics you will hear advertised, but just as effective. And will probably do you a lot more good.

Please don’t put yours off!